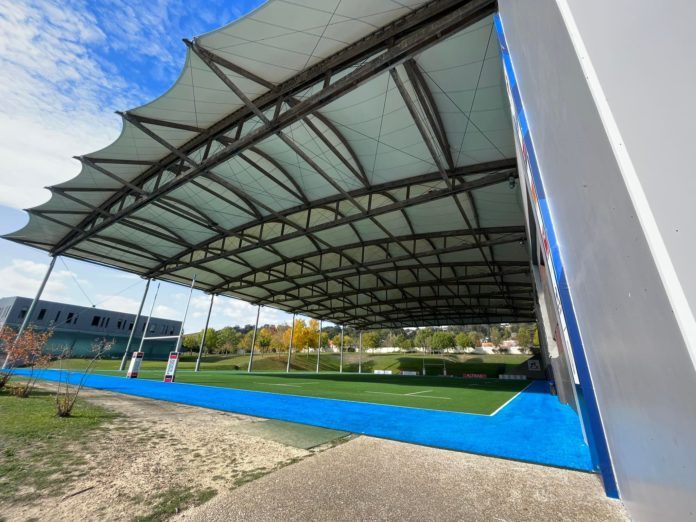 Last Wednesday afternoon, we got the chance to visit the French rugby federation. Together with our class from Sports and Media, we took the long route. First the métro to gare d’Austerlitz, then the train to Massy and finally called an Uber that took us to our final destination. We arrived a little later than expected and were warmly welcomed. Soon someone from the reception pointed us in the direction of the guide who was going to give us a tour.

To be honest, I had not expected the residence to be as big as it was. several squares around, which were surrounded by offices and players’ rooms. First, we were given a detailed explanation of the operational part of the sports club. How the staff was put together, what the tasks are within the club, the history, … It soon became clear that a very large number of people worked here and that there are so many other things involved in marketing, for example.

We then followed the guide to the squares where training sessions are often held, the fitness rooms, the dressing rooms and the practice complexes. It soon became clear that there was a lot of special and high-tech equipment to get the best possible performance.

I was hugely impressed by what is present at such a national sports residence. How many people collaborate to keep something this big running and the infrastructure that was there was phenomenal. I am very happy that I got the opportunity from the school to experience such a great outing.