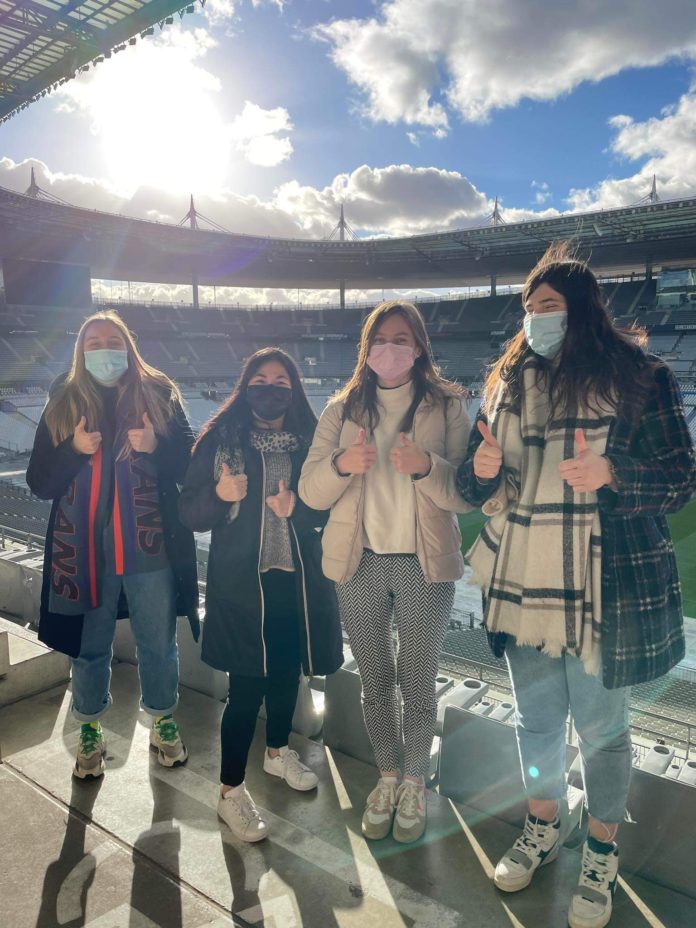 On Thursday, December 2, our « Visite Exterieure » went to Stade de France. This is a stadium located in the north of Paris. Stade de France is best known as the stadium where the French national team plays. In addition, the stadium is also used for rugby and athletics. There are also often music concerts in the stadium. From One Direction to Coldplay to U2, many famous groups and musicians already gave a concert in the stadium.

THE HISTORY OF STADE DE FRANCE

Stade de France was officially opened on January 28, 1998. This happened during the France-Spain soccer match. The official opening was also an immediate hit. France won the match 1-0. The stadium was built for the World Cup that same year. The 1998 World Championship was also won by the French after they defeated Brazil 3-0.

The stadium has a capacity of 81,338. This puts it in 8th place of stadiums in Europe with the most capacity. The stadium is designed so that they can retract certain parts of the stands. This then creates an athletics track. It can also be used as an Olympic stadium. This is also not insignificant since Paris will host the Olympic Games in 2024.

In the stadium itself there is a police station with cells, the fire department is there 24/7, there are several shops and food stands, and there is a medical service. The two dressing rooms in the stadium are identically the same. These dressing rooms were designed together with players so that they are equipped with all the luxuries.

Stade de France also made bad news on November 13, 2015. During the France-Germany practice match, an attack was carried out at the stadium. It was 1 of the attacks that happened that night in Paris. There were 6 deaths at Stade de France.

During the tour we were also told some facts. For example, the roof of Stade de France weighs 13,000 tons. It takes a total of 8 minutes for everyone to leave the stadium in an emergency. Because the safety of the fans is always paramount, 1300 stewards are deployed during matches.